Fernando Cobos is an architect and artist who was born in Guayaquil, Ecuador in 1955 and currently lives in Southern California. He began drawing before he could read or write. He'd often lose concentration of what his school teachers were saying as he would daydream and draw pictures on any paper he could get his hands on. His artistic talents come from his mother who was a consummate artist. He began working with tempera, a fast drying water soluble medium, than graduated to other materials such as water color, ink, pastels, oil paints and color pencils. Throughout most of his adult life Cobos has made a living as a successful architect and has designed restaurants and homes around the world. He is most influenced by Oswaldo Guaysamin (a renowned Ecuadorian artist) and the world famous Pablo Picasso.


You can see more of Fernando Cobos's works at Artist Rising http://www.artistrising.com/shop/artist/57029/Fernando-Cobos.htm and Wix  http://www.wix.com/fernandocobos/wwwwixcomfernandocobosgallery 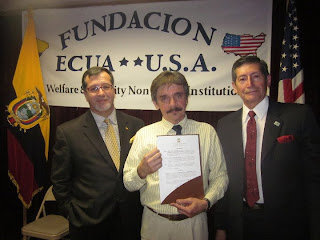 On April 17, 2011 Cobos was honored by the National Assembly of the Ecuadorian Republic. He received two awards at the ceremony held in his honor in Los Angeles, California. One of the awards was from the Ecuadorian government recognizing him for his achievements in architecture. The second award was from the U.S. government thanking him for his dedication to his community and was signed by U.S. President Barack Obama. 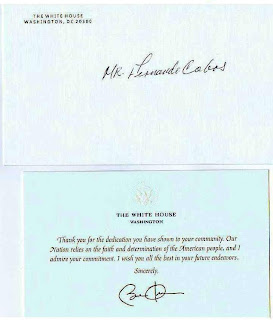 The following is a statement made by Fernando Cobos:
I always liked the metaphysical and spiritual part of life. A daydreamer creates fantasy out of the normal issues in life. My paintings have been always like that. I get bored with dull colors and shapes and I'm always looking for new ways to change reality into something more appealing. Every artist is a little eccentric, otherwise he couldn't create his paintings. I create people in different situations. My "Nun" series has a figurative style, and is also very expressionist. Created in watercolor, tells the story of these mischievous and curious nuns in different and humorous situations in life.

Captions for each picture written by Randy Webb (founder of the Pictures, Photos and Images Blog) 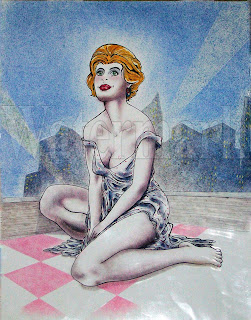 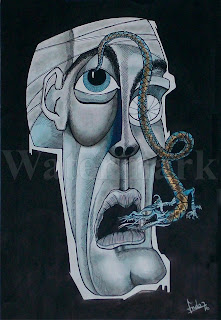 This work is titled "Nightmare" and is my particular favorite 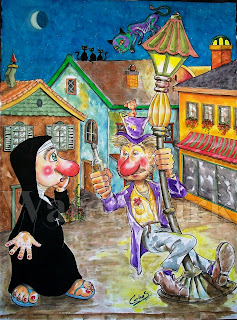 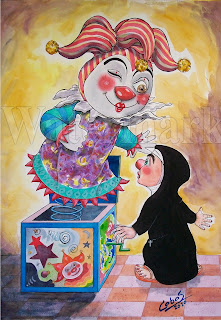 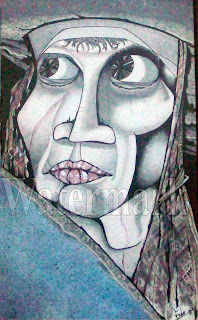 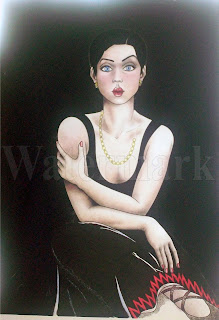 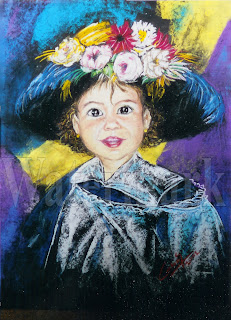 "Victoria at Five"
Victoria is one of Fernando's daughters (he has five children in total). She was five when he painted this portrait.


Thank you Mr. Fernando Cobos for letting me honor you on the Pictures, Photos and Images Blog
- Randall Webb